In Southern California, there is such a wide variety of cycling options. We have the option of riding alongside the ocean with varying terrains which include flat and hilly options. 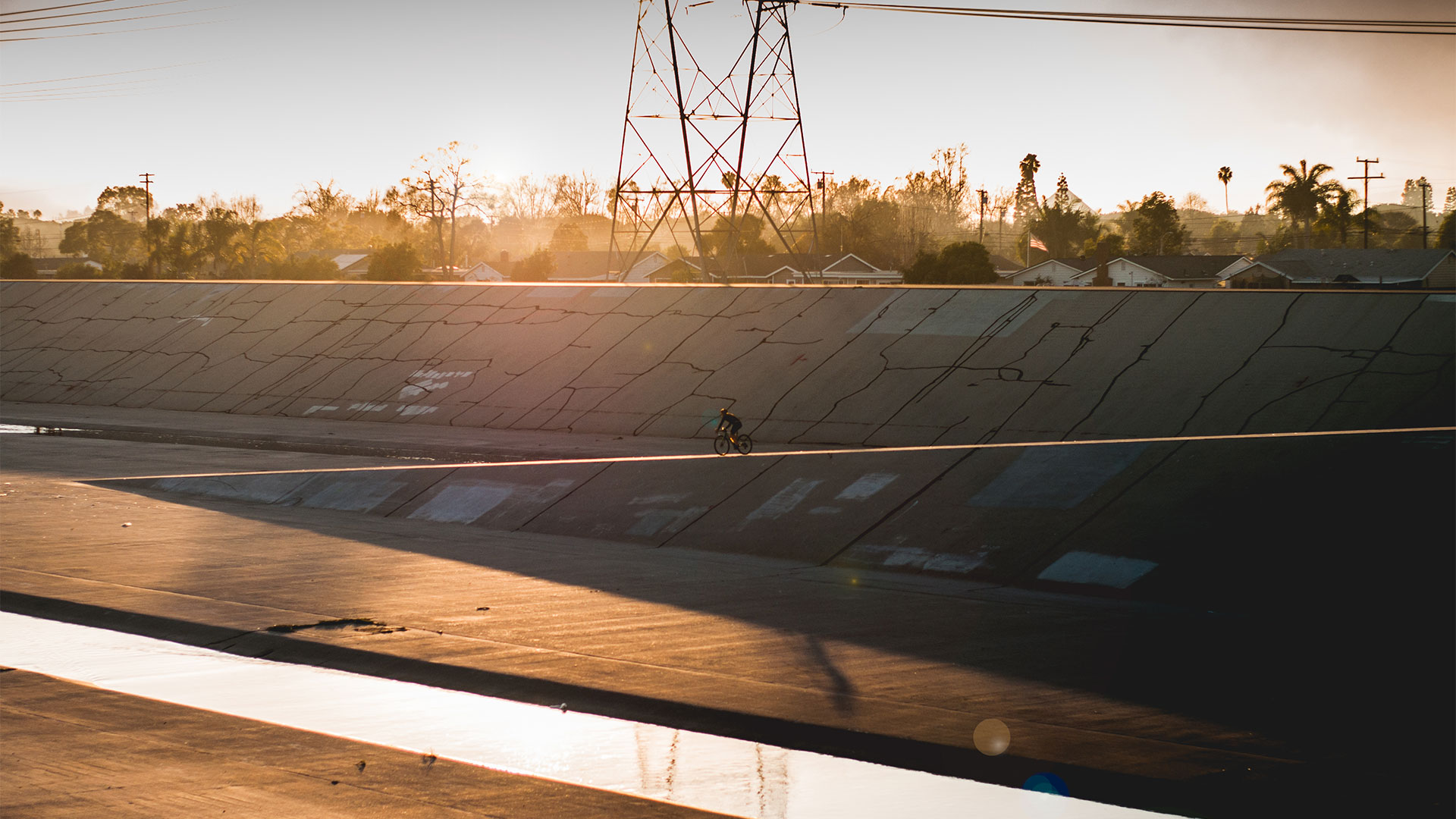 “We are firm believers that you can’t beat California’s weather when it comes to cycling. Of course, summers are fantastic and warm, and there is nothing better than riding down the coast mid July. But the best part of cycling in California is that you can do it year-round, especially in the winter.

In Southern California, there is such a wide variety of cycling options. We have the option of riding alongside the ocean with varying terrains which include flat and hilly options. Palos Verdes and Laguna Beach, are both a rideable distance away and offer both steep and gentle climbs for any level of cyclist. Most of the time, the temperatures are between 50℉ and 70℉ in January (between 10℃ and 21℃) and you can get away with not having to slap on the leg warmers. But if you miss seeing snow, you can head to the foothills only a 30 minute drive north and do some climbing in the mountains.

At the base of the mountain, you may experience warmer temperatures, enough for you to break a sweat, but go 6,000 feet up (approximately 1,800 meter) and you will need to throw on a few layers because you’ll more than likely be riding close to the snow. Because the fluctuation in temperature is so great in the mountains, we tend to ride with a base layer and a winter jersey. In all honesty, a windbreaker also helps when descending, at least until you can get to the warmer part of the mountain.

Rain is not common, but happens every once in a while. Outwet’s wind breaker has saved our lives a couple of times when we were caught out in a storm. However most of the time the sun is shining by noon, and it’s warm enough to spin for a few hours until the sun goes down. Of course, my favorite part of cycling in January is the beautiful winter sunsets that set the sky on fire. Frenk’s favorite part, being that he is native to Italian winters, is the fact that he isn’t an icicle when he comes home.”

Photos and text by Frenk Martucci and Melissa Roselman Martucci 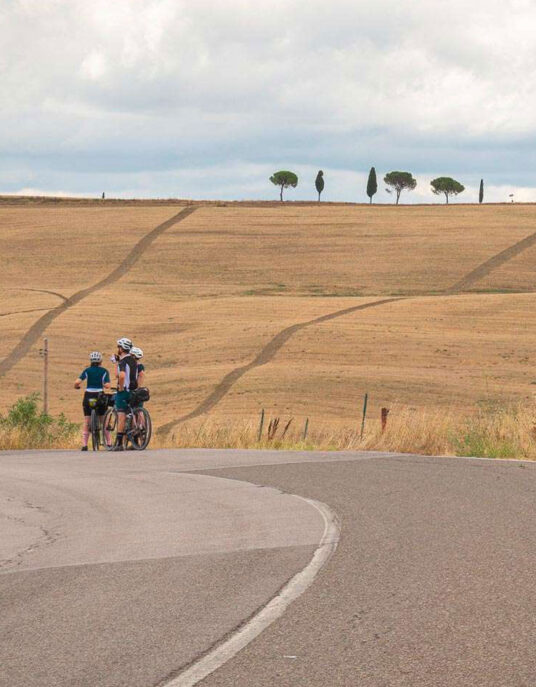 We will remember the period we are experiencing for many reasons, but if I can focus for a moment on the positive aspects, fortunately it brought me closer to the beautiful country in which I live. I am lucky to live in Tuscany, one of the world most envied regions, thanks to its breathtaking landscapes […] 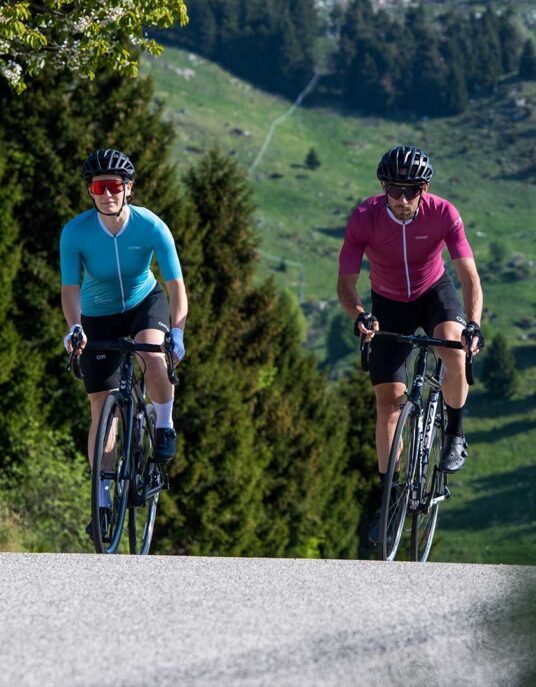 Two year-long journey made of ideas, tests, materials and technical fabrics research, combined with the most innovative technologies. The same we always use to design our collections and our products appreciated all over the world.This journey has been changing Outwet’s face through listening to those who have always been our faithful supporters but also to […] 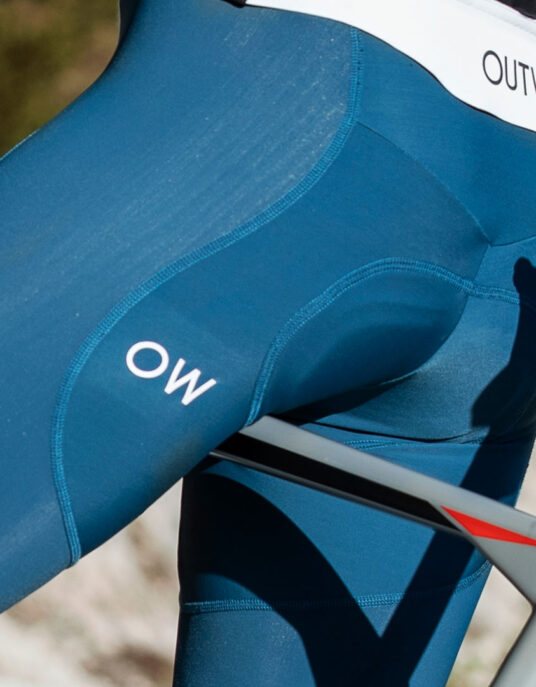 Winter pants from the SHELL line: all you need!

Cold temperatures and difficult climatic conditions put bike rides to the test and this is why we have dedicated so many months of meticulous work and researches to make it possible to ride outside even in winter. In this article we want to reveal all the details, finishes and features of these exceptional garments to […]

Subscribe to our newsletter:15% discount on your first order.

Manage Cookie Consent
This site uses cookies and similar technologies for its operation and for the provision of the services present therein, analytical cookies (own and third-party) to understand and improve the user's browsing experience as well as profiling cookies (own and of third parties) to send you advertising in line with your preferences expressed in the context of surfing the net. By clicking on "Accept all cookies", the user consents to the use of these cookies, to manage or disable these cookies click on "Cookie settings". By clicking on the "X" the cookies for which your consent is required will not be stored on your device. For more information see our Cookie Policy.
Manage options Manage services Manage vendors Read more about these purposes
Cookie settings
{title} {title} {title}

Products in the cart
Subtotal€ 0,00